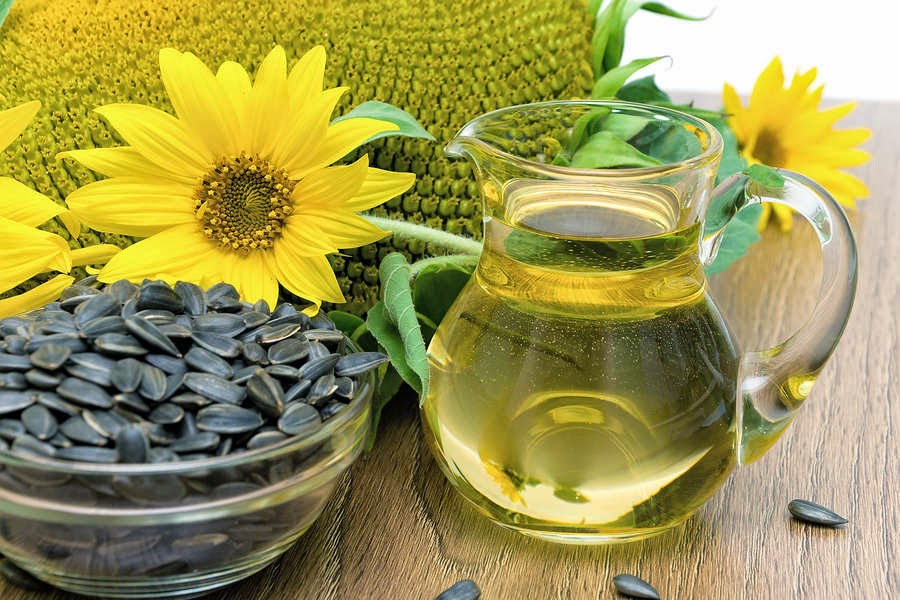 As I spend time doing research on healthy eating, I am as constantly amazed by the number of health benefits derived from foods, as I am of their sheer diversity and variety.  One of my favorites since the age of childhood is the humble Sunflower seed.  I clearly remember hanging out with the fellas, sitting in the shade on someone's stoop during the heat of the day while chomping on these bad boys during the dog days of summer.  As kids we didn't have much money back then, but they were the perfect inexpensive snack to get at the corner store with the small amount of cash we earned from cutting grass or doing odd jobs.   The stoop would become littered by mountains of shells that we thoughtlessly spit out as we turned our concerns to the usual things kids talked about, until we got caught by somebody's mother, and made to clean them up.  The salt ravaged our cheeks from the handfuls of sunflower seeds we poured into our mouths, until it was soothed away by copious amounts of ice cold root beer or a can of Tahitian Treat.   Ahhh, the memories!

The Sunflower has an interesting history. First domesticated in the Americas almost 5000 years ago, it was worshiped by the ancient Aztecs and Incas because of the flower's resemblance to the sun. Native American tribes ground or pounded the seeds into flour for cakes, mush or bread. There is evidence that they were the first to squeeze the oil from the seed, using the oil in making bread, for medicinal uses, and as a treatment for skin and hair.

Spanish explorers in 1510 brought Sunflower plants back home where they eventually spread throughout Europe and to the world at large, eventually become an important staple crop to many countries, including Hungary, Turkey and China.  In 2012, over 37 metric tons of Sunflower seeds were produced throughout the world.  Interestingly enough, the largest amounts were produced in the former Soviet Union, with Ukraine and Russia producing 8.39 and 7.99 metric tons respectively.  Back in the 18th Century, due to the fasting requirements of Russian Orthodoxy, Sunflower oil was one of the few oils that are permitted to be used during Lent, which increased its popularity and importance.  It had become so important in fact, that over time, Ukraine has made the Sunflower its national flower. 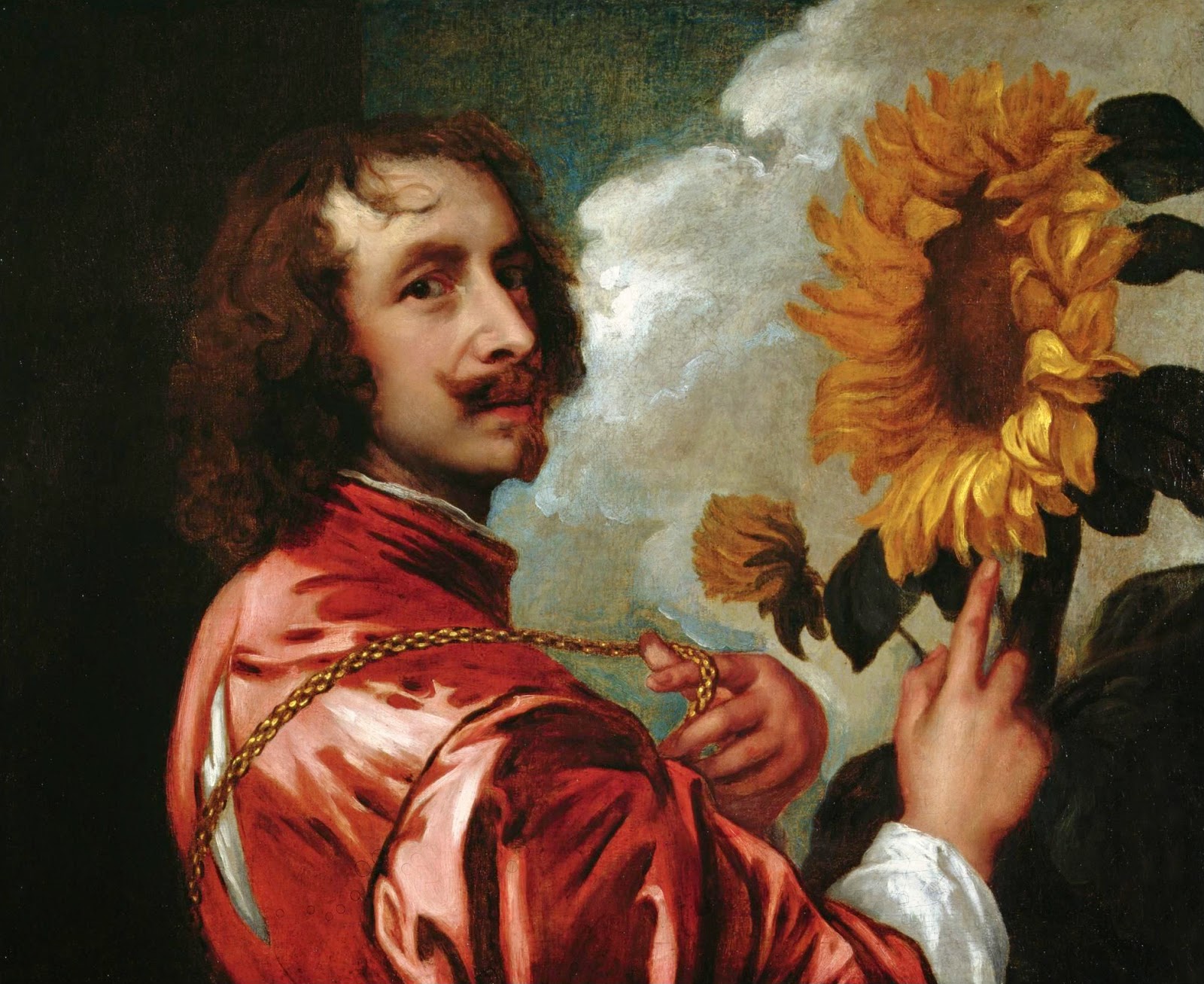 The simple beauty of the flower itself led to become a subject for many artists including Vandyke and Van Gogh.  Here in the United States, where the sunflower is grown predominantly in the Midwest, it has become the ubiquitous symbol of idyllic country life, and natural living.  Kansas has even adopted it as its state flower.

Clustered within the "heart" of the actual sunflower itself, sunflower seeds are not seeds in the traditional sense but rather the fruit of the plant, with the core nestled within a hard outer hull called an achene.  The edible part inside is referred to as the kernel or "nut."  Sunflower seeds are commercially divided according to color, with the all black or "black oil" seeds pressed to make sunflower oil, and the striped seeds or "confectionery seeds" used for food products.  Both types are a main source of polyunsaturated oil. 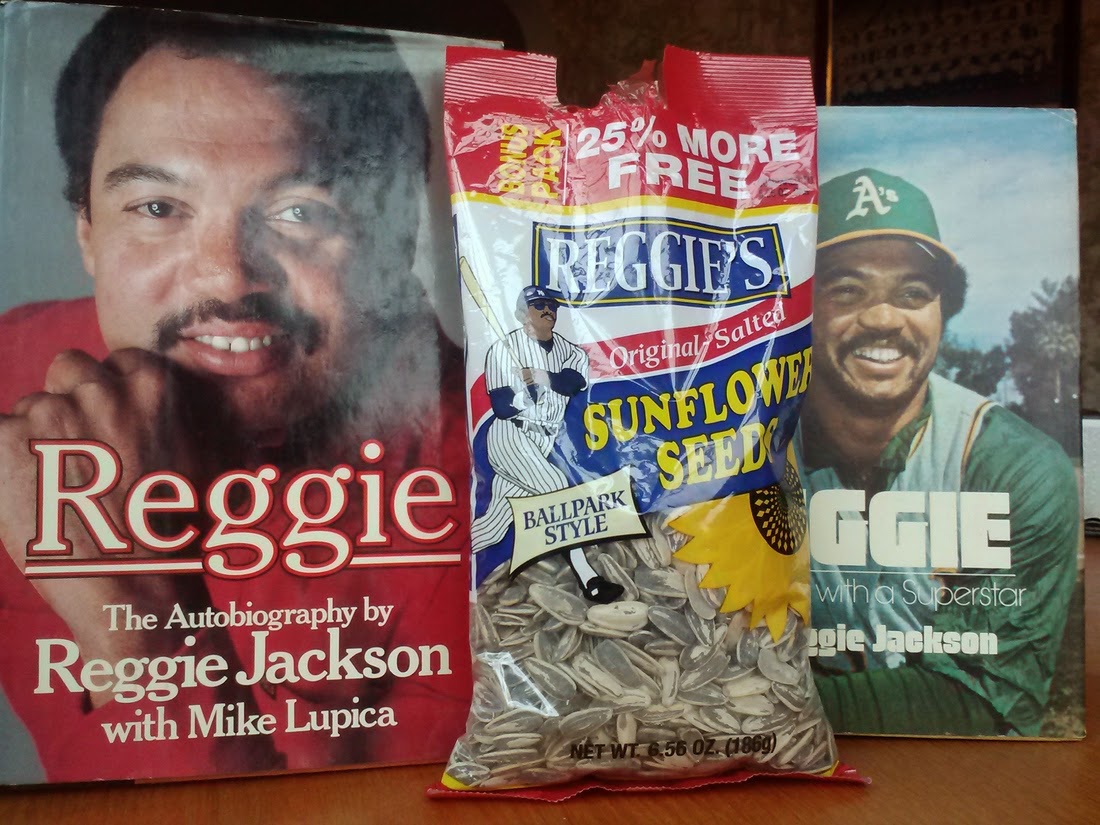 While people in this country enjoyed sunflower seeds as a snack, its popularity soared in 1968 when baseball legend Reggie Jackson began eating them in the dugout during games.  Players began to use them as a healthy alternative to chewing tobacco which was becoming a more distasteful part of the baseball tradition.  College and Little league players emulating their favorite major league stars, took to chewing on them as well, and the rest is history.  Today sunflower seeds are almost synonymous with the game of baseball itself.

Though some people view sunflower seeds as either "bird food" or the feed doled out to domesticated rodents, they are pound for pound one of the healthiest and most satisfying foods you can eat.    Available year round, just a handful of these little powerhouses can satisfy your hunger and provide the body with important nutrients at the same time. Sunflower oil not only offers a healthier alternative to typical vegetable oils, but is also used in the cosmetic industry. and as a carrier oil for massage, due to its beneficial properties on the skin.  After the oil is processed, the remaining protein rich "cake" is used in livestock feed.

As seen in the table below, just a quarter cup or less than a handful of sunflower seeds is packed with vitamins, providing the body with much needed nutrition and support.  In addition to being a great source of dietary fiber, Sunflower seeds sport high levels of protein, amino acids and minerals.

The also contain the following based on Daily Recommended Intake:
Sunflower seeds are an excellent source of Vitamin E, the body's primary fat-soluble antioxidant. Vitamin E has significant anti-inflammatory effects that result in the reduction of symptoms in asthma, osteoarthritis, and rheumatoid arthritis, conditions where free radicals and inflammation play a big role. Vitamin E has also been shown to reduce the risk of colon cancer, and coupled with the seed's high phytosterol content assist in lowering bad cholesterol and heightening immune system response.

Sunflower seeds are also a good source of copper which helps the body produce melanin, a pigment protein that helps give your skin and hair their color. Melanin molecules absorb ultraviolet radiation from the sun, protecting you from tissue damage as a result of sun exposure. Copper also supports your metabolism to help your cells produce energy.

Sunflower seeds provide the body with much needed magnesium. Numerous studies have demonstrated that magnesium helps reduce the severity of asthma, lower high blood pressure, and prevent migraine headaches, as well as reducing the risk of heart attack and stroke.  Magnesium is also necessary for healthy bones and energy production...and the list goes on and on.

Another good thing to know is that sunflowers are considered to be "weeds" by grain and produce farmers. Because of this and the high proliferation of wild sunflowers, genetic engineering of sunflowers is considered unprofitable by private bio-engineering companies. No GMO's make enjoying the fruits of the sunflower worry free!

Sunflower seeds can be enjoyed in a variety of ways besides eating them right out of the bag. You can add them to your favorite tuna, chicken or turkey salad recipe, use them as a garnish in a mixed green salad, you can add them to dough to make a hearty bread, or sprinkle them onto hot and cold cereals.  The possibilities are endless.  As a personal suggestion, I highly recommend that you try making popcorn with sunflower oil.  It adds a light nutty flavor that is oh, so good!

Do your body a favor and reach for the snack that is a "hit" with health conscious folks and ball players around the world.  Help keep your body "safe" and knock hunger and bad cholesterol right out of the park.  Sunflower seeds are truly Major League Nutrition!

More more information on anything and everything regarding the sunflower, please click the link here  and be enlightened.