We are beginning a new series on our blog, where every so often we will be highlighting one of our valued "Wholesale Partners" who feature Winter Goddess Foods products in their store or shop.  We are proud to introduce these wonderful folks who support our business, and provide you with a little insight about the way they operate within our world. 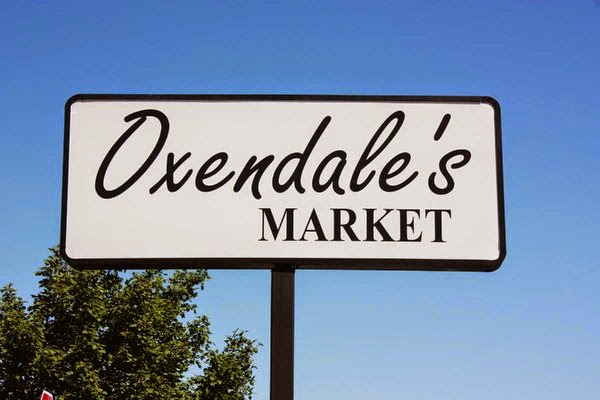 No doubt you have heard the phrase "Local boy makes good."  While this is largely known as an American expression, everyone around the world can relate to it, and can point to someone in their community who has come up from humble beginnings to make a difference in their own  neighborhood.  Neil Oxendale is one such person.

Nestled within the quiet Nokomis neighborhood sits what the local folks refer to as "the best kept secret of South Minneapolis."  At first glance, Oxendale's Market may look a bit like your typical neighborhood supermarket, but there is definitely more here than meets the eye.  Oxendale's is a full service market that lacks the "big box" feel.  The idea behind it is very much intentional, in that this store reflects Neil's vision of a grocery that is responsive to the desires and needs of the people who shop there.

"You cannot set up shop in a place and then tell people, 'this is what we are offering you, take it or leave it.'  You ask your people, 'what is it you want?'  Then you listen to what they have to say."

This idea of being receptive to the needs of customers has been a part of this quiet, unassuming man's mindset from a young age, when he began working at this same location at age fifteen.  Things were a lot different back then, when the store that existed there was run strictly for immediate profit, and was not a nice place to shop.  Neil started working for them in the produce department, and eventually rose to the night manager position.  At that time, customers would come to him with suggestions of products that they could carry, or even improvements to the store itself.  Unfortunately when he passed the suggestions on to the owners, they fell upon deaf ears.  Eventually the store fell into disarray, and finally closed its doors.

In 2007, after scrimping, saving and much sacrifice, Neil Oxendale purchased his former place of employment, with a mind to develop a market that actually served the community and made food shopping a pleasure.  It was an uphill battle during the first four years, and things weren't always easy.  During the economic downturn, Neil brought in his family to help, which turned into the first of his two great  moves.  Not only did the store survive, but it began to thrive.  His second great move was his discovery and decision to carry locally made products in the store.


Initially Neil carried all of the typical name brand items that every grocery store was supposed to carry, but he was looking for something more to offer his customers.  He attended the requisite food shows geared to buyers like himself, but found them to be boring and uninspiring.  Then one day he attended a show and met Brian Ames, a local honey producer, and everything changed.  Ames informed him about Co-op Partners, a distributor of local organic produce and products, and Neil discovered a whole new world.

"I found out that there was this whole new subculture, local producers who were not only in business for themselves, but who actually cared about their products and the people who bought them, and passionate when talking about them.  It was that enthusiasm which struck a chord in me." 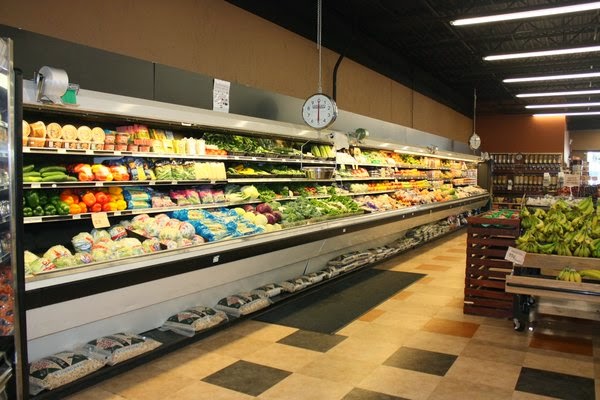 After his fateful meeting with Ames, Neil Oxendale began to seek out more and more local producers, and incorporated their products on his shelves.  Initially there was a little resistance from some of his customers when things at the store began to change.  He would hear cries of, "I don't want that organic stuff.  You don't know what they put in it!" The irony that the fresher local organic products that he was bringing into the market were far better than the products he currently held on the shelves isn't lost on him.  So in his own quiet bit of food activism, Neil used a strategy of "equal placement" while stocking his shelves, by placing a local or organic product next to an established name brand, to give his customers a choice in what they can buy. 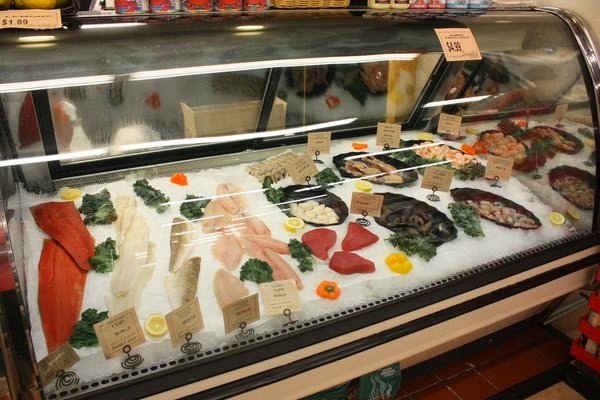 the food they eat, and demanding better, fresher products for their family. So little by little, he began to slowly educate his patrons on the benefits of local and organic products, by inviting the local producers to the store to sample and talk about what makes their products so good.  Because of his growing belief that supporting local was the right thing to do, he began incorporating the products of more and more local vendors into his store, until rather than having to seek them out, these producers began to come to him.

He spoke about why he prefers small producers over large food corporations.

"Seven years ago, I was given a chance," he says.  "I want to do the same for others.  My focus is on having all the local guys in my store.  There are a lot of good local products out there that need to be brought out into the forefront.  In my view, I would much rather take a chance on an independent who has a bit of a following."

In another effort to give back to the community, Neil Oxendale partnered up five years ago with the pastor of a local church, to revive the old Nokomis Days tradition, by hosting the Nokomis Block Party; a neighborhood celebration of community, music, food and fun held on the first Sunday after Labor Day.  The sounds of local musicians and the aroma of cooking from the food trucks fill the air, as local artists, and artisans display their crafts and products for all to see.  In an effort to help his producers gain more exposure, Neil invites local vendors with products in the store to set up a booth, and sell their goods during the event at no charge.  Proceeds from the event gained from their annual corn roast, and other activities, support the Lake Nokomis Community fund, which in turn helps local schools and the local PTA.

This giving back mindset has really paid off as more and more people are shopping at Oxendale's, looking specifically for local and organic products that are available right in the neighborhood.  Through word of mouth, the word is spreading to folks not only in South Minneapolis, but to the Twin Cities Metro as well.  Pretty good for a guy who was stocking shelves as a fifteen year old.

"Local boy makes good" sums it up quite nicely!

You can also find them on their website at www.oxendalesmarket.com and on Facebook.
More information about the Nokomis Block Party can be found here.