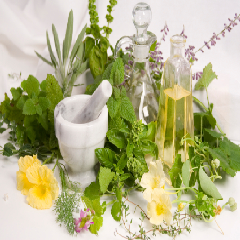 Terry and I both believe that the Great Spirit has provided everything that humans and animals need to be able to be healthy and happy, through the bounty of the earth.  Animals know instinctively what plants are edible, and which are to be avoided.  Over the centuries, humans gained this knowledge through trial and error (often with painful and even fatal results).  Since the days of antiquity, much has been learned about the efficacy of plant medicine, both nutritionally and medically.  Much of our Modern Medicine owes a huge debt to the ancient Greeks, Romans, Asians and indigenous tribes of the world who used healing plants to treat a wide varieties of ailments and illnesses.

It might even surprise you that 40% of our more commonly known prescription and over the counter medicines and preparations come from either plant extracts, or synthesized plant compounds such as Aspirin - Willow bark; Throat lozenges, Muscle creams, Cold and Nasal treatments - Mint leaves (Menthol); and Quinine (anti Malaria drug) - Fever Tree (Cinchona) bark.  Even poisonous plants such as Deadly Nightshade have been used to great benefit to produce Atrophine which is used to treat certain heart conditions and to relax the muscles of the eye. The list goes on and on. 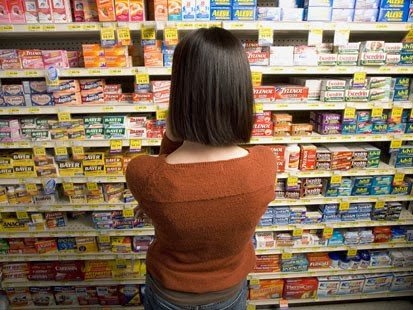 While animals choose the plants they need by instinct, we humans have to make a conscious choice.  In the advent of the "quick, fast, and in a hurry" lifestyle, and our convenience based culture, it's very easy to just pop a pill, or drink a brightly colored chemical syrup, then sit back in our misery and hope we feel better later. So many pharmaceutical  commercials tout the benefits of their expensive chemically synthesized products, while showing pictures of happy smiling people living the good life and feeling great.  Then in sotto-voce they speed through the list of side effects and problems that their product causes-including death.  Isn't there a better way?  Plant medicine can help by offering a healthier, cheaper, and in some cases a more effective and safer alternative for many of life's ailments.

My plan is to highlight some of these wonderful plant and herb gifts that we have been blessed with.  Since we are in the cold and flu season, I will offer one example of an effective medicinal plant.*** 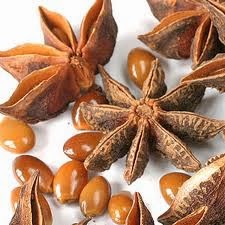 Anise seed   Anise is sweet and very aromatic.  In the kitchen it is used as a flavoring spice in foods, and in baking.  Anise gives the popular Greek liqueur Ouzo its distinct licorice flavor.  It has also been used as a popular remedy for hundreds of years in North America.  In fact, the ubiquitous licorice flavored cough drop contains anise!  Anise can be used to break up congestion, ease coughing and to relieve gas,
bloating and indigestion.  It has also been used to treat rheumatism and colic.  It can be eaten in food, taken as a tea, and anise seed oil can be used in aromatherapy to lift one's mood and stimulate a sluggish appetite.

Anise is a natural expectorant that also does double duty, since it acts as an antiseptic, killing germs in the mucous membranes while it clears the lungs of congestion.  It also contains a chemical called anethol which has estrogenic properties.  According to folklore, it has been used as a tonic for nursing women to increase milk production, or for menstrual problems.

Side note: Anise seed does have a few side effects.  It should never be taken in large quantities as it becomes narcotic at that level.  Also due to its estrogenic properties, anise should not be used by women who are pregnant or by infants.  The oil should never be taken internally, and should only be used in an air diffuser or topically.

If you are curious or interested in using Anise in your own life, I would advise that you do your own research on it first.  It's also a good idea to consult an herbalist or homeopath for more information on its proper usage.

I'll be back next week with more plant medicine for cold and flu symptoms.

*** Information on the traditional uses and properties of herbs and plants are provided on this blog is for educational use only, and is not intended as medical advice. Every attempt has been made for accuracy, but none is guaranteed. Many traditional uses and properties of herbs have not been validated by the FDA. If you have any serious health concerns, you should always check with your health care practitioner before self-administering herbs. ***