Terry and I are back after enjoying a wonderful time with family and friends.  Believe me, we needed the rest.  Now we are energized and ready to go back to our labor of love, and sharing what we have learned with you.  We hope your Fourth of July holiday was even better than ours! 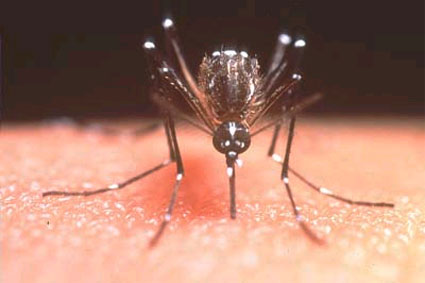 Over the years, I find that I have become very sensitive to mosquito bites.  I guess this situation has been slowly building year after year.  First I ignored it, since everyone gets bitten by mosquitoes in the summer.  Then it became a nuisance, since the "bites" seem to itch me for longer and longer periods.  Finally it morphed into a serious problem.  While visiting family in Green Bay in 2010, I was bitten so many times that my one arm was almost 2 times the size of the other.  I became sick and spent most of the time in three different states: drugged up against the pain, itch and discomfort, or covered in a haze and glaze of DEET filled spray repellent, or soaking my entire body in Epsom salts to bring down the swelling and soothe the itch.  I was miserable the entire time. 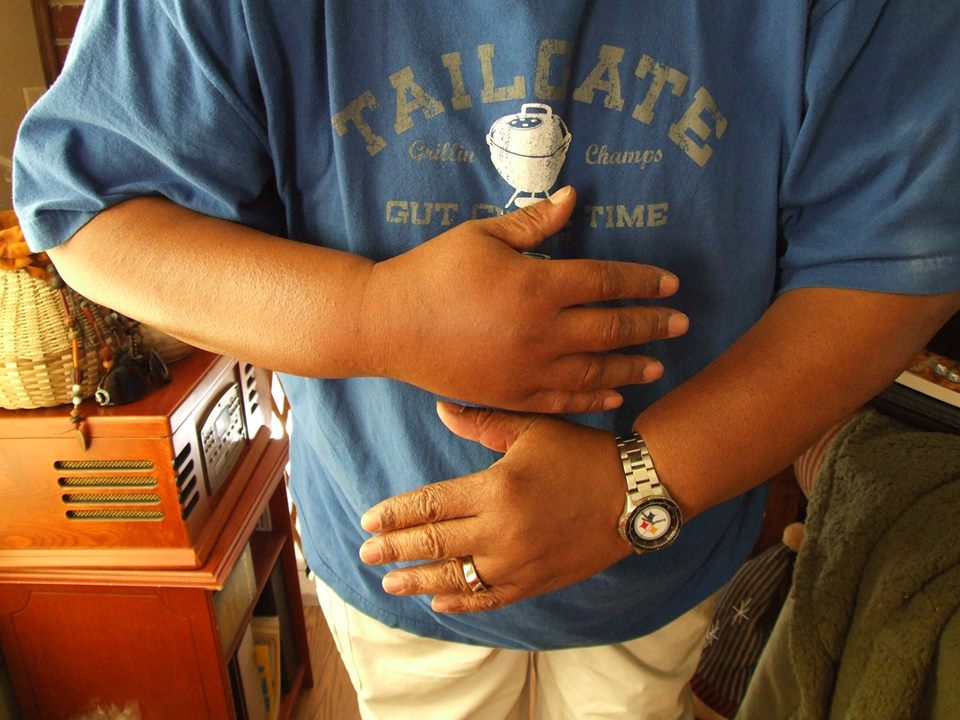 Knowing that I would be visiting Green Bay again, I wanted to be proactive. I knew I needed some kind of mosquito repellent, but I didn't want to be covered in noxious chemicals again.  So I spent time researching to find a more natural bug repellent.  Finally one of my friends sent me a post on Facebook about a homemade natural repellent that uses essential oils instead of DEET.  I had to give it a try.

I used my own method of real world testing.  I sprayed it on several times during the holiday week as I hung out on the front porch at dusk.  (In case you were unaware, dusk is dinner time to mosquitoes.) Next, I used it at a picnic at a friend's farm for five hours, in an area filled with lots of grass, trees and animals (a veritable breeding ground for the little buggers). Finally, I went with Terry and two friends to a rural resort which seemed to be filled with all manner of flying insects, as well as the thickest concentration of mosquitoes I have ever seen since summer camp as a young boy! 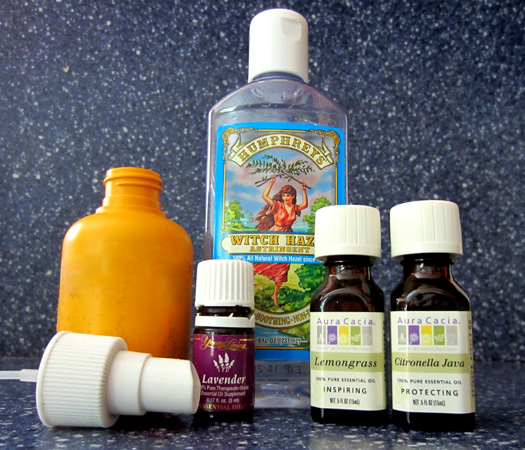 I am happy to report that this homemade spray WORKS!

The only time I was ever bitten while using this natural insecticide was once on the foot, in an area I had not covered,  and once on the hand and arm an hour after applying the spray.  That's three bites total while spending three different times in the midst of mosquito HELL.  That's pretty good in my book.   (I didn't fare so well on the evening we went to a fish fry 30 minutes away, and I realized I had forgotten my spray. Let's just say that night was not so great.)
Here is the recipe:
1/2 cup water,
1/2 cup Witch Hazel, (or Apple Cider Vinegar - the smell goes away after a few minutes)
50 drops of essential oil (peppermint, lavender, lemongrass, rosemary, tea tree or citronella.
Place the ingredients in a spray bottle, shake it up, and spray away. It's that simple!

This homemade spray not only works well, but it is inexpensive to make.  The bugs hate it and leave you alone, while the spray leaves you smelling great all at the same time. This is certainly a lot better than spraying hazardous chemicals on your skin; especially if it is sensitive.  The only downside to this spray that I could see, is that its effectiveness seems to wear off after an hour.  Not a problem. All that means is you have to reapply it to your skin, that's all.  I'd say that's a pretty good trade off.

In my own experiment, I used Witch Hazel and Peppermint essential oil which worked quite well.  I have heard that the best combination is using water, Witch Hazel, and Citronella. Feel free to experiment yourself and find the combo that works best for you!

Blessings to you, and here's to a mosquito free summer for all of us!

Frank
Posted by Nehemiah at 8:29 AM

Here's where you can find Winter Goddess Products